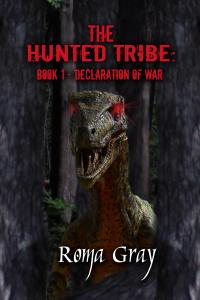 An implacable terror. An ancient curse. A young teenager is the world’s only hope.

Sean is an angry teenaged boy with a terrible power locked within him. Elizabeth is a desperate grandmother who wants to ensure the survival of not just her family, but her entire tribe. When they are faced with a monster that has hunted their tribe for centuries, the two must bring together the secrets of witchcraft and modern ingenuity to defeat the unstoppable evil.

The Hunted Tribe weaves together Native American and Druidic lore with a deft hand, mixing the two in a tale that will grip you until the very end. Blood sacrifices, creatures of nightmare, and animal spirits–hang onto your hat for a heart-stopping tale of horror that will have you questioning everything you believe to be true.