“Full of lusty thrills and terrifying chills! A hot romance, a baffling mystery, and a rollercoaster adventure rolled up into one.” – Isabella Ravenwood at Paranormal Champagne

THE DANGER IS HEATING UP

Seven writers have fled to Mirror House, a picturesque mansion by the sea. Each member of the group is running from a premonition of their own death on July 24th. What they didn’t know is they were, in fact, prophesizing the end of the world, for on that very day billions will die from a relentless heatwave triggered by global warming.

The mansion is now a beacon to many refugees looking to escape the horrific heat in the unnaturally cold tunnels under the house. But the writers have discovered that there is something wrong with this supposed safe haven. Legend has it that the house contains an otherworldly malevolence, and one by one people are going missing. Very soon it becomes clear the house is not a sanctuary at all but a gateway into a different type of Hell. 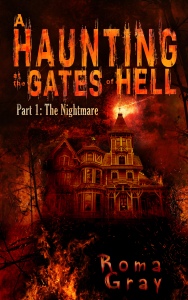 IN THE DARK, SOMETHING EVIL WAITS.

Seven writers meet for a weekend retreat at a remote beach house. Each of the frightened men and women share the same terror: they have all prophesied their own death on July 24th and hope together they can avoid their fate.

Mirror House, a rambling mansion filled with an icy wind from subterranean tunnels, appears to be the perfect escape from a record-breaking heatwave as well as their untimely deaths. Townsfolks, however, whisper a malevolent being stalks the shadowy corridors of the grand manor, something predatorial, something that has escaped from the very pit of Hell itself…

Part 1: The Nightmare is the first novella in the serial A Haunting at the Gates of Hell by Roma Gray. There will be six novellas in the serial, one published every other month. Each part will contain elements of horror and a cliffhanger ending. The next episode will be Part 2: Halloween Party, schedule for March 2021.

This is the 2nd book in “Night Sky Presents” series

How many of you remember the old NBC Mystery Theater with McMillian and Wife, Columbo, Ellery Queen, McCloud and a few others? Per Wikipedia “The NBC Mystery Movie was a “wheel show”, or “umbrella program” that rotated several programs within the same time period throughout the season.”

Well, guess what? NSBS is launching their own wheel show!  4 authors, 4 novellas, one tale published each month for a year.

We’ve pulled in three amazing authors, Dona Fox, Essel Pratt, and Kevin Candella to join me, Roma Gray in producing this wheel series. More info on this series to follow!

Who is the killer? A monster…or Sean Wolf’s own grandmother?

Gregg Redcrow is dead and someone killed him. Sean’s mentally-ill grandmother claims it was the Grishla, a dinosaur animal spirit hell-bent on destroying Sean, his family, and the entire Dwanake tribe. She also claims he is the Ultra Witch, the most powerful witch ever born who is destined to slay the beast. But that’s just one of her delusions…right?

The more Sean investigates, the more he doubts everything he has been told as well as his own sanity. Someone is drugging his food…his friends are starting to act strange…and all the while, the clock is ticking down to the day he has to return home. If he leaves, who will take care of his grandmother as her illness progresses? Even worse, if she did indeed murder Gregg, will she kill again?

A terrible dread begins to seep into his bones, and he can almost see the red glare of doom on his horizon…

Two amazing anthologies written by an amazing group of writers. Get your creature fix today!

We are accepting a limited number of advertisements, $20 for one ad or $30 for one ad in each book 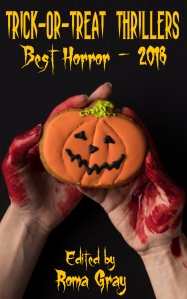