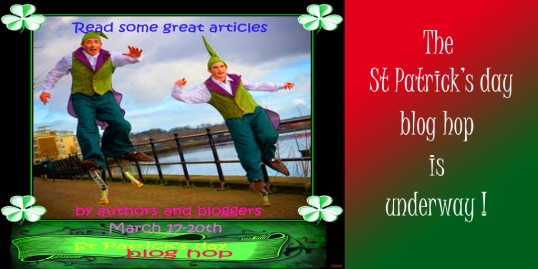 For the next few days I’m going to be participating in a blog hop! Find more fun articles a the following

Today we have an excerpt from author Tiffany Apan’s The Birthrite Series
DESCENT (THE BIRTHRITE SERIES, #1)
SUMMARY:
Visions of infant twin boys, clouds, a young woman taking her own life, and a collision of space, time, and realms… 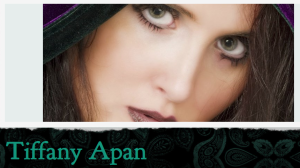 On the eve of Summer Solstice in 1844, four men in different areas of the world share an experience that impacts not only their own lives, but those of the future generations. The first man is Nicolae Ganoush, a young Romany fugitive from a slave village in Wallachia. The second is Jonathan Blake, an eighteen-year-old Irishman in the American Midwest who finds himself falling in love with a young woman from a nearby Sioux village. The third is James Livingston, a prominent figure in colonial America, and 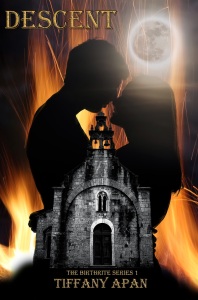 the fourth is Hector de Fuentes, a sixteen-year-old from Tuxpan, Mexico with special gifts and visions enhanced by a mysterious and wondrous cave. Each man carries his own inner battle, unbelievable ancient truths deep within their lineages, and demons that are much closer to home than any of them would like.
Later in 1931, seventeen-year-old Dorothy Blake, a descendant of Jonathan and his Sioux wife, is living in Plains, New York, the town founded by James Livingston. The notorious Fleming Orphanage has long fallen into disuse but kept by the town as a landmark. The buildings loom high on a hill, overlooking the town, taunting the townsfolk with its lore. On Halloween night, Dorothy ventures up with friends, and the group of six expects nothing more than a good time along with a few laughs. But they fall into a dark, brutal evil; one that extends beyond the orphanage and town of Plains, far back into history. Their descent is only the beginning…
The Birthrite Series is an epic journey into the vast unknown, plunging deep into the dark crevices of the mind, begging the question of what sanity really is and if the insane truly are. Are we really shown the whole truth of what surrounds us or is it an illusion? It also tells of deep-rooted love, planted centuries ago and a 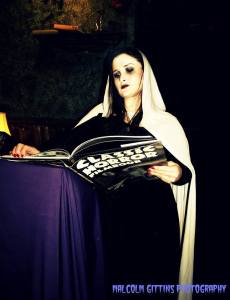 Blue early morning light filtered into Dorothy’s bedroom. Throughout the night, sleep was sporadic, littered with unexplanable and bizarre images. Aunt Roxanne’s image appeared among dark cyclones and thunderheads as she continued to speak though was never able to be heard. Droplets of blood dripped from a dagger before Dorothy awoke.

Remnants of her feverish sweating along with the vision of Roxanne remained as she lay on her back, eyes fixed to the dreamcatcher. Her nightgown was soaked through, but she made no effort to change.

She turned her head toward the vase that still held Carl’s rose. Beside it was the corsage he gave her prior to the dance. Taking in a jagged breath, she lifted her hand to view the now soggy strip of paper. Roxanne’s cryptic message was smudged, though still legible. Dorothy studied it with weary eyes as her mother’s words echoed back to her: “My sister told me to give this to you the first time a boy gave you a flower.”

Suddenly, that familiar ominous presence started to seep in through the walls in the same subtle, though noticeable fashion as cold morning air would through a window pane. Chills rose on her body as invisible eyes stared down at her. She tried lifting her head in an attempt to sit, but her body was like lead. Her soft breath grew rapid as panic surged. She struggled again at picking herself up, but to no avail. The sense of another presence in the room was heightening.

Finally, she seemed to budge and raised herself rather fluidly. Relief began calming her as she turned on her elbow to view the clock, but then stopped at what she saw. In her peripheral, she could see her body lying flat, still, and staring upward.

She wanted to cry out, but it was as though cold, dead hands had closed around her throat, paralyzing any movement. In the deafening silence the air started to hum, and as she listened, the humming resembled a human voice.

Her gaze shifted toward her full length mirror where a small body was seated on the floor, hunched over and rocking back and forth.

Dorothy strained for a better look, but thick strands of dark, matted hair hid the other’s face and a small frame was lost inside a soiled, white nightgown. Back and forth, the figure rocked. Rocking as a female voice hummed nothing in particular. The figure seemed to shift between sitting on the inside and outside of the mirror. Ringing in Dorothy’s ears accompanied the humming as the speed of the other’s rocking increased. Then with a sudden, jolting movement, its head shot up and turned in Dorothy’s direction.

Dorothy stared in horror as she immediately recognized the person’s face.

She bolted up in her bed, finally able to take in deep breaths. Golden sunlight had instantly replaced the cold blue and the space in front of the mirror was now empty.

A sigh escaped her as she brought a hand to her throat. A look at the clock caused her to frown. Only seconds ago, the hands pointed at a time two hours earlier. The telltale sounds of her mother downstairs in the kitchen had replaced the silence (and the humming).

“Only a dream…” Her voice sounded scratchy and her mouth was dry, as though several wads of cotton were lodged in her throat.

She grabbed the glass of water her mother had apparently left for her on the nightstand and gulped it down. It made her feel slightly better and she decided that a bath was in the cards.

Slowly, she rose out of bed, steadying herself before making her way to the closet for her robe. On the way, she noticed her hand still clutched the small slip of paper with Aunt Roxanne’s scrollings. The ink was now smudged through and almost unreadable, yet the message seemed to pulse with life on the parchment.

Dorothy tucked it in the top drawer of her desk and turned once more to regard the space in front of the full-length mirror. Juliette…

Retrieving her robe, she headed to the washroom.

My music projects are available at CDBaby

My filmwork is on IMDb

My books and music are also on Amazon and iTunes

Support great authors and independent bookstores at Smashwords and Indiebound