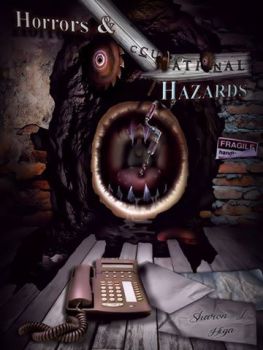 What gave you the idea for (your book)?

I was sitting in my hair dresser’s when the bizarre idea came to me – what would it be like if the wigs were all made from actual human scalps? Thus, the first story in the collection, “Scalping Season,” came into being.  The rest of the stories came when I was discussing the concept with my mom, cousin and husband one Saturday evening. The rest of the stories were written within three weeks.

What got you into writing horror?

I’ve been listening to and writing horror since I was six years old. My whole family has passed on hauntings, haunted places and creepy tales by word of mouth for as far back as I can remember. I seem to be the only one who took the next step and began to write my nightmares and true experiences down. 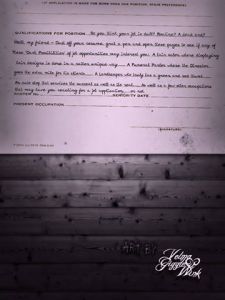 I began writing at the age of nine. Been writing off and on throughout the years, but got down to serious writing in 2008; became published in 2013 and haven’t stopped since.

I have a fantasy/action series of which the first two books are published: Rose and Steel and Desert Tracks. I have my novel, #6, two novellas, The Dam and Horrors and Occupational Hazards, and at least twenty-five short stories in anthologies. I also have a new novel, Z-REGEN, coming out within the next two weeks.

What is your writing day like? I write at least two hours a day, or 3,000 words (or more), four days a week. However, my Muse has been known to wake me up at all hours of the night and early mornings, hit me in the back of the head at grocery stores (that’s why I carry a notebook) and at stop lights, and anywhere else she decides I need to put down an idea at pretty much any time she chooses. *laughing*

I can’t say I have any one favorite book, but if I had to choose, it would be Robert McCammon’s “Wolf’s Hour”. I’ve read that book pretty much to tatters, and don’t anymore, because it’s out of print and I couldn’t replace the copy I currently own.

I currently have six novels on the burners, working on a short story for an anthology, and am collaborating on a novel with a friend and fellow author, which I will not divulge at this time, but is something a little different for me. *Smiles and winks*

Don’t ever give up and keep on writing. Even if you never become famous, you will find contentment and fulfillment in your own life.

Sharon L. Higa has been a published author since 2013, with

One short story, Where the Dead Have Gone, published by

Sirens Call Publications, as well as

two novellas, Horrors and Occupational Hazards and The Dam,

She has received the ‘Editors Choice Award’ Title in two

And “All That Remains.”

She also won the ‘Males vs Females’ Competition by JEA Press against her estimable and noteworthy fellow author, Michael Fisher.

She received an award from JEA Press for being very

‘Professional’ in her interactions with both fellow authors, and the Staff at JEA Press.

She also received ‘First Place’ Title with the submission and acceptance of her short story,

I C U, published by Sirens Call Publications in their October, 2014 E-Zine.

Her short story, The Black Cat, was one of seven stories chosen and accepted by Dark Chapter Press for their anthology, “Eight Deadly Kisses.” The proceeds for this anthology are committed to CAMFED, a charity providing education for girls and young women in Africa.

She has been married for twenty-five years. They share their home with seven cats, one dog, and a ton of wildlife on 6 acres of property which surrounds their house, located in East Tennessee.