Trick-or-Treat Thrillers is very pleased to present our interview with Kevin Candela, author of the Dragon’s Game Trilogy and Mushroom Summer

What gave you the idea for your Dragon’s Game Trilogy?

Simple answer: mowing the lawn. Every time I’d approach a healthy-looking mushroom I’d think about such things as Terence McKenna’s

suggestion that mushrooms might be alien intelligences. That gave me the seed (spores?) for Mushroom Summer, the first book. That somehow this single two-world adventure/sf/fantasy would end up becoming an expansive grand trilogy covering revolutions against oppressive hidden conspiracies of control on both worlds? Well, to be fair that didn’t happen until the 21st Century started to reveal all the treachery going on behind…well, most everything that’s happened in the 21st Century. That’s why the books reflect eras: Mushroom Summer is the fun, hopeful 90s. The Ballad of Chalice Rayne, the second book, depicts the chaos and (IMHO) deliberate turmoil of the first decade of this century. Dragon’s Game represents hope of escaping the lies now. So from a fun “what if?” lark the trilogy evolved into something akin to a saga involving two entire planets. That’s apparently how these things go.

What got you into writing horror?

The horror I write is incidental. I don’t tell stories to scare people, I tell them to encourage them to think and expand their minds. What got me into writing itself? Probably how weak the second half of 1998’s Tristar Godzilla was, to be honest. I was working a dull “caretaker” shift in aerospace engineering and had time on my hands so I wrote a sequel screenplay in which Godzilla becomes a real terror instead of a sneak-around wimp. In addition I brought in a cluster of giant insects that awaken from underground burrows in Arizona and eventually the battle between the insects and Godzilla destroys Las Vegas. If any of that sounds familiar you’ve seen 2014’s Legendary Pictures Godzilla, which is hardly the first to lift ideas from my Godzilla vs. the Thing screenplay, which was registered with the U.S. Library of Congress from 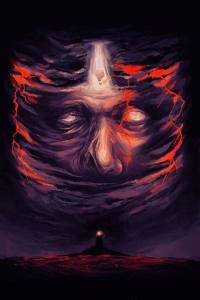 My first anthology, A Year in the Borderlands, is a sf/fantasy/horror/comedy collection in the vein of old shows like Twilight Zone and Outer Limits and Stephen King anthologies like Night Shift and Different Seasons. It contains 15 stories, one for each month and three for holidays. It’s due out very soon (I was told late this year or early next when it was accepted by the publisher back in May.) I have also just finished Sinbad and the Argonauts, which is pretty much exactly what it sounds like and features about ten famous legendary/public domain characters going at it with at least as many types of classic “Harryhausen movie era” monsters (and ones based on them.) Additionally I have put out 17 other short stories this year, which are either out now in various anthologies or are coming out soon. 5 of the stories, my “Weedeaters” apocalypse saga, are featured in Kent Hill’s Straight to Video series and 3, my “Oz Files” comedy/drama about detectives Over the Rainbow, are coming out soon in Zeb Carter’s Baum Ass Stories. And I have four novels in work now as well.

My day varies a lot. Turns out people are realizing I’m a pretty solid editor so a lot of mornings I spend correcting other people’s mistakes instead of my own. I write in the afternoons, working on whatever strikes me to write. I don’t do anything creative after the sun sets because that’s when I cease outputting ideas and start inputting them (via watching DVR stuff, etc.) As a former engineer I will only take on two or three projects at once so that I don’t let people down on edits I’ve promised, etc. In terms of inspiration I get it all the time and in no special 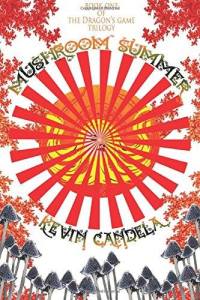 locale(s). The main thing is to remember it by the time I get to a keyboard next.

Stranger in a Strange Land by Robert Heinlein has been my favorite for a long time. It’s absolutely brilliant, a “hippie guide to reality” from a writer who later reportedly got mad at people telling him they liked it because it was atypical of his usual work (it really wasn’t, there’s also Lazarus Long and Time Enough for Love, but the guy probably got pestered a lot by would-be “grokkers” and “water-sharers.”) Michael Valentine Smith is my favorite protagonist: an outsider who studies until he understands and then goes further, rearranging reality to something better.

Once Sinbad and the Argonauts and its companion piece, an anthology that’s nearly done called Sinbad and the Winds of Destiny: The First Six Voyages and More are out I’ve got a backlog of promised short stories to wrap up. Considering I can write one in a day or two that shouldn’t be a big deal, at which point I’m moving on to one of my four outlined novels: probably Blood Ridge, a supernatural mystery western. I like to tell people I will write a short story for their antho if I like the subject BUT I’m a novelist, not a short story writer. I have a lot more big ideas than small ones.

The same advice Bill and Ted give everyone: “Be excellent to each other and party on. Oh, and don’t do it if you think it’s gonna be a quick source of income.” It really IS about getting along with people for independent writers trying to become known. If you want someone to read your book and give you a review, pick someone who needs the same thing and whose work you think you’ll like and do an exchange. Don’t be an island. At the very least be a peninsula.

Bio: Dragon’s Game Trilogy creator Kevin Candela is more or less constantly immersed in all things paranormal, supernatural and conspiratorial. The former aerospace engineer and university physics teacher readily admits that these topics heavily influence much of his work, and he is also quick to confess that the TV and movies he watched as a Sixties kid fired up his imagination as much as any novel he read in the same era…maybe more. (That said, he is a firm adherent to the “if you’re gonna write, READ” philosophy.) A devout peacenik just like his amazing (and patient) wife Jackie, his protagonists are quite often the opposite of what you’d expect in action-jammed sf/fantasy/horror adventure – they’re not grim soldiers, they’re deep thinkers…sometimes peacemakers. They do not regress through their tribulations, becoming violent primitives: rather (providing they survive) they grow and become wise enough to rise above base behavior. And Candela likes to have fun, too, claiming he “owes” it to geniuses of mirth from the Marx Brothers to Zucker-Abrahams-Zucker-Proft to Trey Parker and Matt Stone. In addition to short stories featured in four 2015 anthologies (and counting), his current portfolio includes the Dragon’s Game Trilogy: Mushroom Summer, The Ballad of Chalice Rayne and Dragon’s Game. Completed/upcoming releases include Sinbad and the Argonauts, a rollicking mash-up of two classic mythologies, and A Year in the Borderlands, a sf/fantasy/horror/comedy anthology in the mode of Stephen King’s Night Shift and Different Seasons that he confesses is also heavily inspired by the TV series Outer Limits and Twilight Zone. Books in work include Blood Ridge, a supernatural western mystery, Ghost Hunter, Terra Forma (about weirdness on a future world terraformed by our society) and a series involving the return of the kids taken long ago in the city of Hamelin called The Piper Gods.