Book Name and Description: Adventures of Death, Reincarnation and Annihilation

Set in different time in a variety of settings and time periods, the past, the present and the future, the 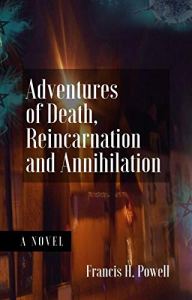 book explores the inevitable unknown that lies before us all “death”. Death can arrive in a multitude of forms. Each part of the book explores different themes. There are characters who following their demises have to face up to their lurid pasts. There some who face annihilation and others who are in a crazy pursuit of world destruction. We are living in an age in which it appears that the doomsday clock is ticking ever faster, as we teeter over the edge of world destruction. The book aims to contain some ironic twists. Even as young children we build up nightmare visions of what death involves. The reader is often left to distinguish between what is real and what is not, as stories reside within stories and the story tellers can never be fully trusted. Not all the book is doom and gloom, there are Elsa Grun’s bizarre encounters with men and Shellys’ hapless husband Arnie

From secluded beach houses, to obscure motels, to visions of heaven, which takes the form of the Hotel Paradiso, to the world of the future death is always a wild adventure, that can’t be ignored.

What gave you the idea for Adventures of Death, Reincarnation and Annihilation

I had quite a few stories that were about the subject of “death”. I saw an advert for an anthology about the last person/being left alive. I sent some stories, the last of which they liked, but it was too late to be included in the anthology. This gave me the part of the book concerning annihilation. I wanted to write a really long story, which was the beginning of the book, it is called the Master. It is quite complicated, in that it is a story within a story, is like a Russian doll. In the end the reader never really discovers the truth about the Master and his real identity. We learn that he is an ancient soul, who has healing powers.

I wrote a book called Flight of Destiny, a book of different short stories.

I don’t have a regular writing day. Sometimes ideas come in a flash and I need to write them down, even on scraps of paper. Later I type them. I am often plotting and formulating ideas on the direction of the story.

How do you think you’ve evolved creatively?
I started by writing short stories and felt very comfortable writing in this way. I have recently tried to expand the length of my stories.

What tools do you feel are must-haves for writers?
A broad vocabulary. An ability to describe, to be able to describe strong believable characters, an individual recognizable style.

I use twitter a lot. I try to spread myself as much as I can on the social media.

I am working on a project called “I am the priest killer, I hope to finish it next year. 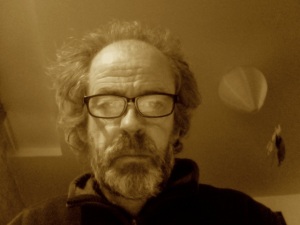 Born in 1961, in Reading, England Francis H Powell attended Art Schools, receiving a degree in painting and an MA in printmaking. In 1995, Powell moved to Austria, teaching English as a foreign language while pursuing his varied artistic interests adding music and writing. He currently lives in Brittany  writing both prose and poetry. Powell has published short stories in the magazine, “Rat Mort” and other works on the internet site “Multi-dimensions.” His two books published are Flight of Destiny and Adventures of Death, Reincarnation and Annihilation