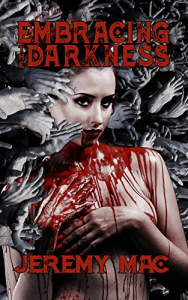 Dark secrets thought to be long buried are revealed… and even darker desires are awakened.

Before heading home for the summer, four college friends plan a weekend getaway in the wilds of Woodland Ire, a vast mountainous forest miles away from civilization. With full access to a plush cabin and a nearby lake – and their own stock of alcohol and weed – the next few days are sure to be a carefree carnal filled blast. But an unimaginable darkness lurks in these remote woods, and soon after it turns their weekend party into a terror filled nightmare. Dark secrets thought to be long buried are revealed… and even darker desires are awakened.

“The other books in my collection are starting to get worried because a certain someone has been popping up quickly and unexpectedly. Since the first time I read a Jeremy Mac book, I’ve been hooked! I put every new release at a bar so high I feel like even he couldn’t hit it and yet, somehow, he does it every time. “Embracing The Darkness” is a great introduction into Jeremy’s creative wordplay but at the same time it will not let you down if you’re a die-hard fan. I’ve read just over 100 books this year and this one is my favorite by far. Buy it today!!”

What gave you the idea for Embracing The Darkness?

I grew up watching 80s horror movies, which in my opinion are the granddaddy horror movies of all time. Don’t get me wrong, I love today’s horror movies and admire how the genre has evolved, how film makers strive to push the envelope, but the great horror movies of yesteryear will always be near and dear to most horror fans hearts. Which is why I wanted to write Embracing The Darkness. It’s my tribute to those 80s thrashers, but with my own mean, unique twist to it.

Believe it it not, up until Embracing The Darkness, I had not written anything so hard core where horror is concerned. But as an extension of those types of movies, I love to read those types of stories. I mean, Edward Lee is my all-time favorite horror author and my friends are well aware of this fact so they’d been on me constantly about writing something hard core. After quite a bit of poking and prodding from them, and also getting past my own reservations in tapping into that particular demented area of my mind and fearing what readers might think, like, oh my god this guy is really fucking sick, I finally got to it. And I’m very glad I did. I enjoyed every bit of it, and I’ve gotten great reviews.

I started writing poems and flash fiction when I was a kid, then I went into a long period of time when I did nothing. I got back into writing off and on in my early twenties but never did anything serious until about ten years ago, when I decided to write a book loosely based off of my younger, more careless and carefree life. The book is titled Pleasure Spiked With Pain, and I followed it up with a sequel titled Frozen Faces @ 4:20. After that I wrote a dystopian titled Twisted City, and throughout the duration of writing these books I also wrote several short stories and poems that were published in various magazines and anthologies.

When I talked to you earlier about creating a street team for your book, I was very impressed. Many authors do not know to do this. Can you explain how you formed a street team and maybe give authors more marketing advice?

I learned about street teams from a friend of mine who had once been on another authors street team. She explained to me what the team members should do for their author and how much it helps. Since then I’ve gotten a PA, Cheryl Maddox, and together we’ve built a strong and loyal street team who all do a great deal in getting my name and books out there. From creating teasers and promos and posting and tweeting and Instagraming, they pimp the hell out of me! One of my team members, Adriana Fox, is currently creating a book trailer for Embracing The Darkness that is sure to be dark, demented and erotic as hell. So stay tuned! I would advise all authors to build a street team because when it comes to marketing, the more minds on the project the better. It’ll only open up more avenues to venture and help promote.

I don’t necessarily operate under a strict writing process, but I do try to write a little something each day. This is normally in the evenings, when the day is nearing an end, all is done and I’m able to sit and relax and let my mind go wild on the paper. My biggest influences have been other writers, for sure. The late great Jackie Collins was among the very first. A lot of people find that odd, assuming that I would not be a fan of Hollywood romance. Oh, but I am! Well, at least when it comes to Jackie. Her style definitely influenced my own. Also, of course, Edward Lee, as well as Jack Ketchum, Richard Laymon, Daniel Woodrell, Hunter S. Thompson, and the badass Quintin Tarantino. His movies have greatly influenced my writing.

Years ago, I wasn’t as open to the vast possibilities that my surroundings offered as far as ideas went. Going through daily life, I overlooked a lot of things, as people are so wont to do. I now try to enter each day with new eyes, hoping to draw something from even the most minute experience that just might spark a fresh new idea, or, help expand on a current one. I try to look at everything as potential for that.

What tools do you feel are must-haves for writers?
A plethora of reading material. Books, magazines, whatever. You build your prose and vocabulary arsenal by reading and studying the written word. Then you practice writing. And also, a creative mind. The ability to not only imagine beyond the scope of your own reality, but to embrace that imagining as well.

What is the best piece of advice you ever received from another author?
To write the way you see yourself verbally telling the story. It does make sense.

I would actually say Embracing The Darkness, because it’s got something in there for everyone. Horror, erotica, suspense, humor thrills, chills, and raw excitement.

I have a supernatural erotica coming out this year titled Shadowmancer. It’s the first in a trilogy. I’m currently working on the second book, Shadowmancer: Beyond Dreams. I’m also working on a revenge thriller titled Talking To Angels, Walking With Demons. Hopefully I’ll have both finished by the summer. So keep a lookout for me.

Jeremy Mac is a multi-genre fiction author with three novels, three novellas, and several short stories and poems to his list of writing credits. His short stories and poems have been published in Horrified Press’s X4 anthology, Devolution Z, Down in the Dirt, Conceit, Ascent Aspirations, The Ultimate Writer, Spontaneous Spirits, The Bracelet Charm, The Enchanted File Cabinet, Transcendent Visions, Struggle, Dead Snakes, Written Rock, and Leaves Of The Poet Tree: Volume 2. An avid lover of sand and sun, Mac has frolicked throughout the Gulf and Atlantic coasts, but he currently writes from Arkansas. To learn more about Jeremy Mac, visit his Facebook page @:facebook.com/jeremymac.author 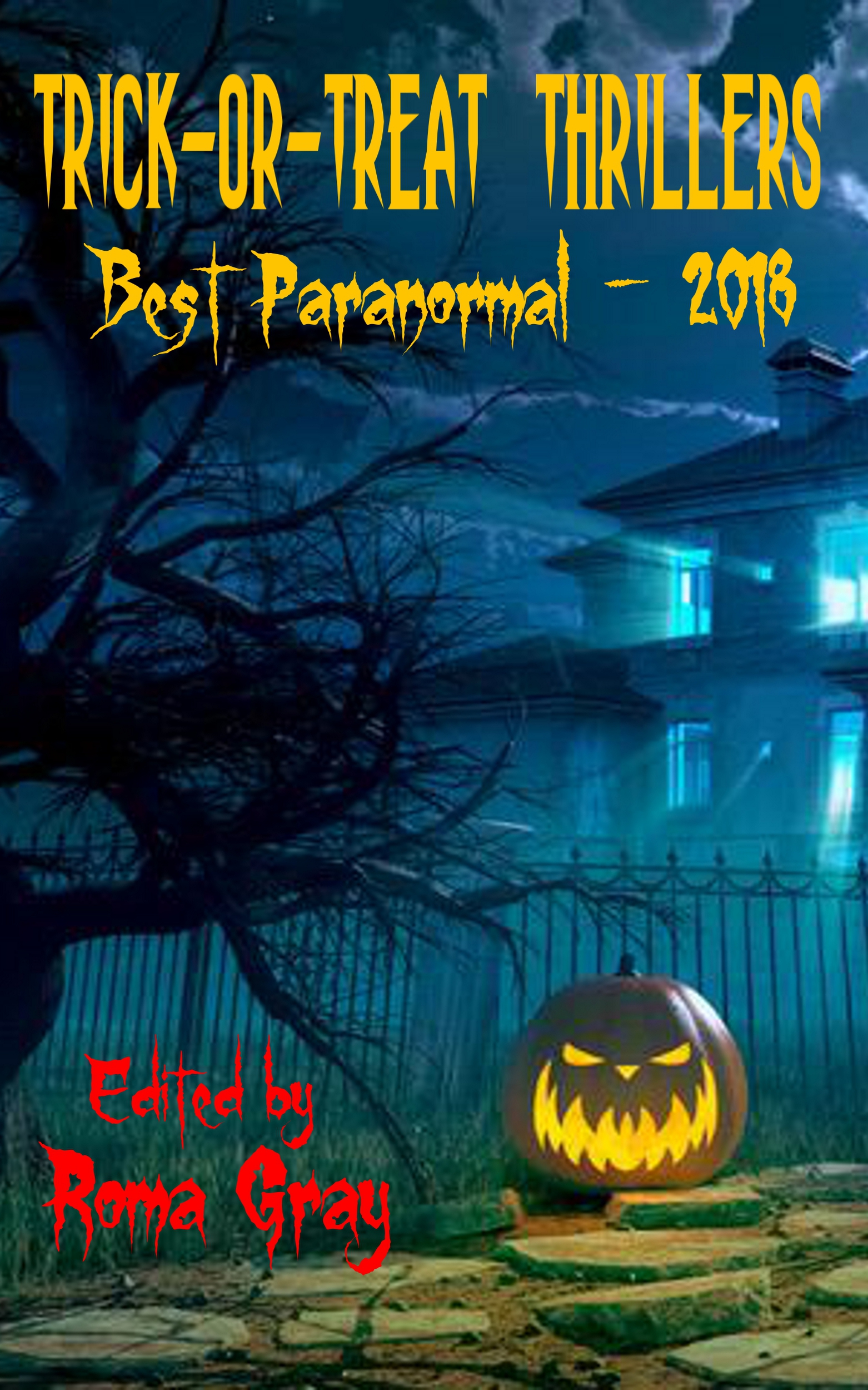