Michael Noe is the editor on JEA’s p26 Extraterrestrial anthology, the author of 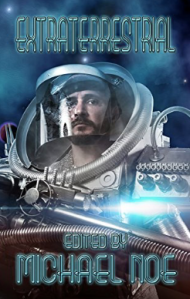 the popular Legacy series, Zombie novel Out With a Whimper, and several other novels

By now, everyone’s reading a P26 anthology. I know some of you have no idea what that is, but my job here is to correct that. P26 is what happens when a publisher pulls together to do the impossible. As a reader, you never know what goes on behind the scenes. Ideas flow like wine, and then you get an insane idea like P26, and you have to wonder if this person has totally lost their mind. Project 26 is a series of books and anthologies based on all the letters of the alphabet. Yeah, wrap your brain around that for a minute. 26 books, all released in rapid fire succession. Makes you want to cry doesn’t it? 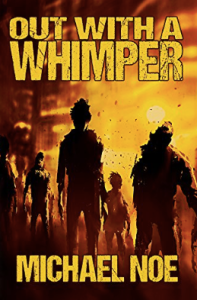 I’m a writer for JEA, and then I became an editor. Sounds great right? Then I met P26 and I thought this is never going to work. It’s too crazy, too chaotic, but a funny thing happened. It all came together. It took a while, but seeing these books finally see the light of day is quite impressive. What I love about the project is that there’s something for everyone. These books and anthologies are meant for fans, and were essentially written by fans. It’s all about timing really, and making sure everyone’s on the same page. All the editors, and cover artists are working in tandem to ensure it all comes off without a hitch. Were there bumps in the road? Of course, but no one lost sight of the goal, and no one ever doubted this would all come together.

I was even given the task of editing Extraterrestrial, and anthology that covers aliens, and 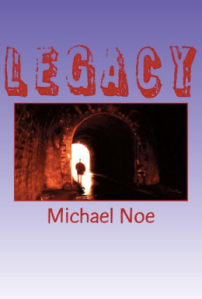 space. As a horror guy it was fun to go outside of my comfort zone, and check out a different genre. What impressed me the most was the talent involved. You’re invited into this secret project so there’s always this fear that you’re going to screw up. It’s all about timing and making sure you’re communicating with other members of staff. If you drop the ball, you’re holding up the entire project.  I’m the new guy. Talk about trial by fire! To be involved in this project was a great learning experience. As a writer, you don’t get to see the inside of what it takes to release a book. Imagine watching an entire project of 26 books come together.

I’m all about honesty so here’s the part where I tell you I never lost faith in the project. Not once did I ever doubt it would see the light of day. I’d be a liar  because let’s be honest, we’re all human with families. Real life sometimes affects the creative process. There were a lot of things happening behind the scenes, but instead of cracking under the pressure, it just pulled everyone closer. Everyone has their own strengths, and when it seemed as if the project was falling apart, someone would dig in their heels and keep things moving. I became a believer because their belief in 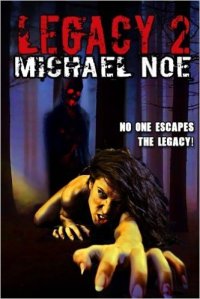 P26 was infectious. I had a hand in some of the edits which meant I was seeing the books before everyone else. That was pretty damn cool, and I had to keep it secret. I suck at keeping secrets, but I did it.

P26 is a love letter from JEA to the fans. They wanted to make a statement with these books,
and I believe they have. It’s also a middle finger to those who like to play it safe, never take risks. I saw a publisher achieve the impossible, and people are loving it. Despite my doubts, my fears, this thing is a monster. It’s proof that sometimes you need to take risks to get noticed. The success of P26 benefits all of us. The readers, the publishers, and every small press that wants to make an impact. It’s an experiment no one’s attempted. I’m proud to be involved in it and can’t wait to see what JEA attempts next.