Book Description: When We Were 8

One icy day when they are eight years old, eight girls become lifelong friends when they stand up to some bullies who try to kill a dog named Lucy. In appreciation, Mike Orinston, Lucy’s owner, gives the girls his cabin at the river. At the 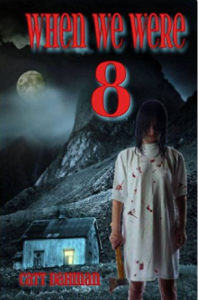 cabin the girls learn archery, camping skills, and murder.
The first victims are the scum of society and die because of unfortunate events. The girls rationalize their heinous actions as always being accidents. As the girls grow older, their victims are those individuals who insult or harm them and others.
Guilt begins to separate the girls, and after high school graduation, they go in different directions, escaping what they have been groomed to do. By themselves, the young women are harmless; only together are they dangerous. Eight years later, the grown women are required, according to Mike’s will, to return to the cabin to spend a week together. The accidents begin once more, as they uncover truths and excavate secrets.
As old grievances return and responsibility shifts, some of the women find that they will have to fight to survive, but the price to stay alive may be too high. Nothing is the same as…when they were eight.

When I read Catt Dahman’s claustrophobic horror masterpiece “Circle Jerk” about a psychopath who kidnaps fourteen people and chains them together in a pitch black dungeon without food to observe what they will do to each other, I thought there was no way she could surpass the pile-driving force of that book. It was a suspense-filled page turner that matched the best of Thomas Harris for high octane, depraved intensity. I could not put the book down, reading it in two sittings.

It was suggested to me that she had written other books that some thought were even better. The gauntlet had been thrown! I had to give them a try. One of the books mentioned was “When We Were 8”.

Once again two sittings later (I’m getting used to reading Catt Dahman novels in two sittings), after giving my pulse time to slow down and my shattered sensibilities to regain equilibrium, I have to say – yes. “When We Were 8” may well be even better than “Circle Jerk”. Or as good. Another masterpiece of suspense and frenzied insanity.

We begin the story in a small Arkansas town where 8 eight-year old girls rush in to rescue a dog that was run over by a vicious group of teenage thugs who were driving too fast for the icy conditions. The boys want to shoot the dog, but the little girls prevent that from happening, sustaining bullying that became quite brutal. Mike Orinston, the owner of the dog, a middle-aged widower with no dependents, is so moved by the bravery of the girls that he wills the ownership of a vacation cabin by the river to them. The girls become fast friends and spend many days sleeping over at each other’s houses and staying in the cabin with parent chaparones. Sometimes they were joined there by Mike Orinston, who they come to know as Uncle Mike.

We watch the girls as they grow and mature into high school teenagers, all the while under the seemingly benign and loving influence of Uncle Mike. But is he so benign and loving? He suggests to the girls many times and in many ways that there are evil people in the world – people who pray on others and cause misery. People who deserve to be removed from society to prevent them from abusing others. As they come of age, the girls are exposed to the numerous cruelties and indignities of life just as most teenagers are. Under the spiritual guidance of Uncle Mike, the girls do not perceive or react to these teenage cruelties the way others do. Aren’t these bullies and abusers the very types of people that Uncle Mike has been warning them about? The type that need to be removed so that others may live in peace? That’s when the disappearances start.

Author Catt Dahman once again employs a particular writing skill that she has developed to a higher degree than any other writer I’ve come across. She has created eight very different girls, with very different personalities. They are all sympathetic, likable, and very believable. Through their interactions we get to understand their distinct psychological make up. As the suspense and horrors mount, the girls react in ways that are always totally in character with their unique personalities. This verisimilitude along with the sympathy the reader feels for each girl adds tremendous power and reader engagement to the narrative. Individually, each girl is sweet and charming in her own way, and reminds us of young women we knew growing up. Collectively they are capable of almost unthinkable cruelty and atrocities. Catt Dahman projects and preserves the personalities of a large and diverse group of characters undergoing unthinkable stress with more fidelity than any other writer I’m aware of. The result is that the story never fails to be engaging and believable.

The girls graduate from high school and go their separate ways, struggling with their conscience and tormenting memories. About this time Uncle Mike dies. Eight years later the young women are called back by the reading of Uncle Mike’s strange will. Many of them are building very successful professional careers, and a few have married. Mike’s will states that all eight of them must stay together in the cabin for one week in order to win their inheritance – equal shares in the cabin and in $2 million dollars that Mike accumulated during his life. Equally compelling, Mike’s statement that is read to them speaks of a mysterious letter with information about them that would be very damaging if it were released to the public. If any one of the eight women refuses to spend the whole week in the cabin, the inheritance will go to an unnamed man, and the letter will be publicized. Mike’s statement ends ominously by saying that the only way any of the eight women can leave the cabin that week and not surrender their inheritances and cause the letter to be publicized is by her death. The statement predicts that eight women will enter the cabin, but less than eight women will leave it. No visitors are allowed – just the eight women.

The women don’t like it a bit, but agree that they have no choice. The compelling suspense and breathless action of the first part of the book pale almost to insignificance compared to what happens when the mature women congregate in the hellish cabin to become a group of 8 again. . .

“When We Were 8” is not a book for the faint of heart. This tale of ultimate horror – the horror of what human beings are capable of doing to each other – should be read by those who like their horror extreme.

Visit the author’s page to view more of her books 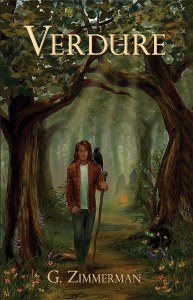